Why do we ask? Because a study published in the July 2013 issue of Evolution and Human Behavior suggests that it might. How? By making women who are already in relationships less competitive with other women.

The study surveyed 28 women while they were on hormonal contraceptives during both fertile and non-fertile times in their normal cycle. Half of the women were in committed relationships, and the other half were single. The results found that the women who were in relationships experienced fewer feelings of woman-to-woman rivalry while they were taking the pill.

The upshot is that women on the pill may be less likely to fight to keep their men. How does this equate to settling for less? The idea is that the desirable men go to the women who will compete, while the less desirable ones go to the women who shrug their shoulders when a swimsuit model walks past.

Don’t Ditch Your Pills — or Your Boyfriend — Quite Yet 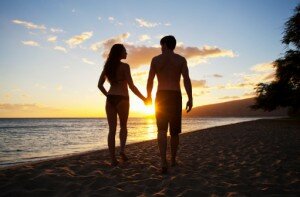 O.K., so this may sound like both a dig at your choice of birth control and your choice in men. Keep in mind, however, that this finding is still preliminary and does more to suggest an interesting direction of research than any concrete truth. Besides, there are other possible explanations. For example, it may be that women who experience strong pre-menstrual symptoms, such as competitiveness, choose the pill to help alleviate that feeling. In addition, the sample size of the study was very small. No concrete conclusions can be drawn from a group of only 28 women.

This is not, however, the first time research has found that birth control can affect mate choice. Studies have also suggested that the pill may make women more attracted to men with a pheromone profile similar to theirs (the opposite of women not on the pill).

So Why Do We Bring It Up?

Being aware of how your birth control choices are affecting you physically and psychologically is important. The more information you have, the better able you are to make an informed decision regarding the birth control that is right for you.