From The Forum View More

Bayer, manufacturer of oral contraceptives Yasmin and Yaz, is reportedly settling about 500 lawsuits with plaintiffs who claim the birth control pills caused dangerous blood clots. The payout? It may be to the tune of $110 million.

For a drug that brought in $1.58 billion in sales in 2010 alone, this may not seem like much of a financial strain on Yasmin profits. However, the 500 lawsuits account for less than 5% of the cases currently pending against the drug maker.  If Bayer continues settling Yasmin and Yaz lawsuits at the alleged rate of the first 500, the total payout for the more than 11,000 suits currently filed would be at least $24 billion.

Although the exact payout has not been officially announced by Bayer or by plaintiffs who have settled, Bayer HealthCare representative Rosemarie Yancosek did confirm that the company is in the process of settling some Yasmin and Yaz cases in the U.S.

Sales vs. Safety: is the Payout Worth the Profit?

Pharmaceutical companies are profit-driven entities with the goal of earning a return on investment for their shareholders. END_OF_DOCUMENT_TOKEN_TO_BE_REPLACED

Just as Yaz and Yasmin were given the green light by the Food and Drug Administration to stay on the market, information surfaced that called into question ethics and operations of the FDA panel that determined the drugs’ fate. Four women’s advocacy groups sent a joint letter (see it here) to the FDA pointing out that members of the committee, which met in December 2011, had recent financial associations with Yaz and Yasmin manufacturer Bayer.

In a 15-11 vote, the committee chose to allow Yaz and Yasmin to remain on the market, but to strengthen the warning labels for both life-threatening blood clots relating to these and other drospirenone-containing products. Obviously with such a substantial decision to make, the importance of an unbiased panel was paramount.

However, that didn’t seem to matter to the FDA when it allowed four members of the committee to participate, despite the conflict of interest created by recent financial ties to Bayer. But it doesn’t stop there. END_OF_DOCUMENT_TOKEN_TO_BE_REPLACED

Bayer Healthcare, manufacturer of Yaz and Yasmin, has agreed settle 70 Yaz and Yasmin lawsuits. This is a good sign for those who have filed claims against Bayer; however it is just a small dent in the more than 11,000 pending lawsuits filed by women who have suffered significant, and sometimes fatal, injuries.

We blogged in September about the FDA’s pending review of the fate of birth control pills containg the progestin drospirenone, including Yaz, Yasmin, Ocella and Beyaz. In December 2011, the committee narrowly voted (15-11) that the contraceptive benefits of Yaz and similar products currently outweigh the known risk of blood clots. This surely came as a shock to the vast community of women who have been harmed or killed by blood clots that may have been caused by drospirenone, including the roughly 11,300 who have filed suits.

The FDA committee also voted 21-5 to have the warning label on drospirenone-based birth control pills changed to reflect the blood clot risk, stating that the current warning is vague, is confusing and does not contain the most up-to-date information. This is definitely a victory for women who seek to use drospirenone-containing products in the future, but it is too late for thousands of women across the country.

The FDA Debates Pulling Yaz from the Market

This holiday season might not be Bayer’s happiest, depending on the result of the FDA’s meeting on December 8 regarding Yaz, Yasmin and comparable birth control pills. The FDA is currently reviewing evidence to determine if Bayer’s birth control pill Yaz will be allowed to remain on the market. Attendees of the meeting will discuss the benefits and risks, specifically risks related to blood clots, of Yaz.

END_OF_DOCUMENT_TOKEN_TO_BE_REPLACED

The Potentially Fatal Side Effects of Yaz

Yaz and its sister drug, Yasmin, entered the oral contraceptive market with a bang in 2006. Bayer, the birth control pills’ manufacturer, campaigned heavily with television ads proclaiming Yaz/Yasmin’s ability to relieve symptoms associated with the menstrual cycle such as irritability, moodiness, bloating, fatigue and headaches, etc. The ads also failed to communicate the serious risks of Yaz and Yasmin (see below). These ads later came under fire from the Food and Drug Administration (FDA), and Bayer was asked to pull it from the air in February 2009. This reprimand from the FDA was an excellent move on behalf of the public’s safety, but the ads had already done extensive damage by spreading incorrect and exaggerated information about Yaz and Yasmin, as well as minimizing the serious risks of Yaz. The popularity of Yaz/Yasmin soared, and, within two years of approval, Yaz had cornered 18% of the entire oral contraceptives market. 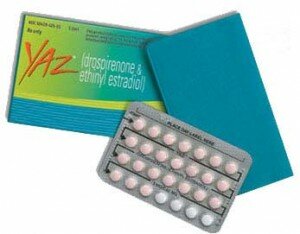 Yaz and Yasmin are popular oral contraceptives manufactured by Bayer. They are FDA approved to prevent pregnancy while treating Premenstrual Dysphoric Disorder (PMDD) and moderate acne in women. They work to prevent pregnancy by utilizing the hormones estrogen and progestin (drospirenone) to prevent ovulation and make the body less able to host a pregnancy. Yaz and Yasmin are essentially the same drug, they only differ in the number of pills per monthly dosage. Yaz users take 24 active pills, three more than Yasmin users; thus, the periods of Yaz patients should be three days shorter. Yaz and Yasmin have generic versions called Gianvi and Ocella.

The immediate and substantial success of Yaz and Yasmin was unfortunate due to the serious and potentially fatal risks of the drug, which are discussed further below. Thousands of women were injured by the adverse side effects of Yaz.

Yaz and Yasmin users may experience the regular side effects commonly associated with oral contraceptives. The serious side effects of Yaz are of great concern for their dangerous, and sometimes fatal, results for patients.

A 2009 study published in Contraception explains how Yaz may increase the risk of pulmonary embolism and other cardiovascular injuries, because pills with the chemical combination of drospirenone (progestin) and ethinylestradiol (estrogen) cause an increase in lipid peroxidation. END_OF_DOCUMENT_TOKEN_TO_BE_REPLACED